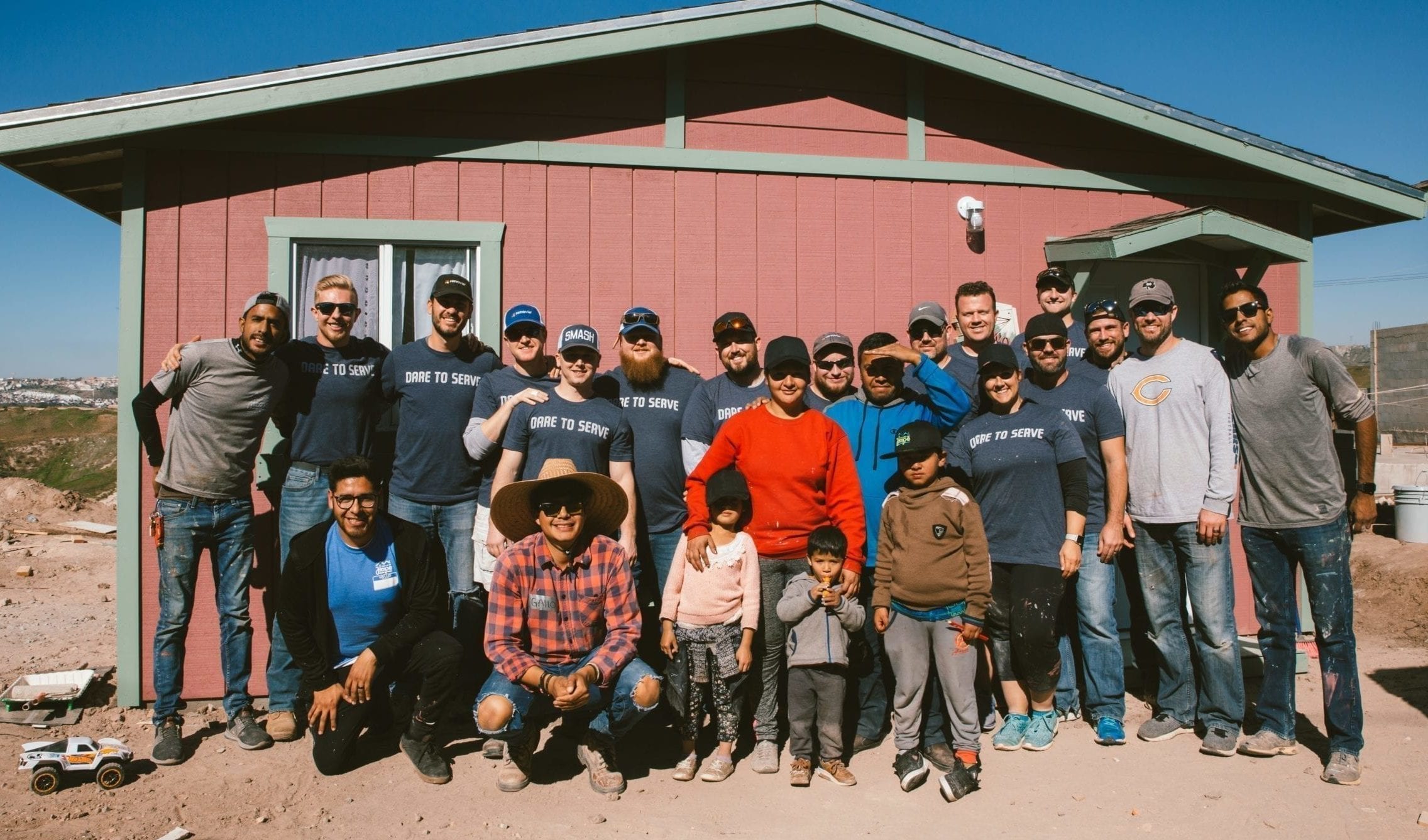 We believe in growing our people.  It’s the secret sauce that binds us together as a tribe and keeps our culture strong.  Our President, Matt Rolfsen, knows this.  And when Matt addressed the company at our 2020 kickoff meeting, he was bold in his challenge to us to get out of our comfort zones and stretch ourselves so that growth could take place.  His challenge came in the form of a dare.  He dared us to learn, to be vulnerable, to be accountable and most importantly Matt dared us to serve.

The setting of that meeting, YWAM’s campus in Tijuana, Baja California, was a beautiful backdrop to Matt’s company-wide dare.  But having a meeting in this beautiful area of Mexico was not the only reason for our visit.  Our mission was bigger than that.  We came to serve.  Specifically, we came to lend our time and our labor and build three homes for three well deserving families.  More on that in a second.

Youth With A Mission (YWAM) is a global organization dedicated to mobilizing young people to spread the gospel.  They achieve this mission with campuses around the world.  Sean and Janet Lambert, the founders of the YWAM campus in Baja California, had an idea of mobilizing groups to serve the needs of the poor in the community.  This idea became the foundation for what is now called Homes Of Hope (HOH).  Today, the vision of these two partner organizations is clear: Go, Serve, Transform.  Our team was ready to follow through on our dare and help YWAM and HOH live out their mission.  It was home build time.

We were divided into three teams and met our HOH build staff and translators.  After a quick briefing about the day, we were led to awaiting vans and work trucks and set off to three separate build sites in the surrounding communities of Tijuana.  Tijuana is a growing city, and one of the safest in Mexico.  The border crossing from Tijuana into San Diego is the busiest border crossing in the US, with some 300,000 crossings every single day.  This connection to San Diego has helped Tijuana thrive, yet still more than 20% of its population lives in poverty.  Many of these impoverished families live in the hills and canyons outside of the city center.  At least one adult in these struggling families will work, but the earnings are slim and pay just a few dollars per day.  Although these families own the land they live on, they only construct the next phase of their existing home when they’ve saved enough money to do so. To complete construction on a home may take a family many years, sometimes decades.  As our teams drove deeper into these communities, the need for a safe and clean home became clear.

As we arrived, each build site was ready with a finished 20×20 concrete slab (built in advance by the HOH team) and a pile of building materials.  It was our job to complete the rest from the ground up (walls, roof, windows, doors, electrical, insulation, and paint).  After a safety meeting and prayer, small teams were quickly created, each with specific tasks.  Work was underway and the once quiet job site became an epicenter of activity.  Within minutes the sound of hammering, cutting, and directions being yelled in both Spanish and English were heard throughout the build site.  By lunch on day 1, the 4 paneled outer walls and 1 load bearing wall were built and secured together.  After lunch, the roof rafters were installed, windows cut out, electrical run and drywall hung.  By the end of day one, the exterior was painted. What was just a concrete slab when we arrived earlier that morning now, for the first time, resembled a home.  Yes, we were exhausted, but the promise of a home was not complete.  We had one more day of work and we would come ready.

When we arrived back on site, we were greeted by the families who had been anxiously awaiting our return.  It may have only been the morning of the second day, but for these families it was the day they would receive the keys to their new home.  We were quick to pick up right where we left off.  The interior was painted, the roof was shingled, and the finishing pieces of exterior trim were secured.  By lunch the home was nearly complete.  At this point, we wanted to do something special for each family.  A handful of Renovians, HOH staff and all the family members loaded into the vans and headed to town to grocery shop.  While they were away, the remaining Renovians and HOH staff furnished the home.  New bunk-beds were built for the kids, a kitchen table and chairs were put together and stages and a stove and fridge were hooked up.  When the families returned from shopping, the groceries were taken in for them, but they were not allowed in, not yet.  It was time for the key ceremony.

The key ceremony is that time when we step back and see for the first time the result of our 2-day projects.  As we stood in a circle, each member of the build team had a chance to say a few words.  Most reflected on what had been accomplished and thanked the families for the opportunity.  The families listened intently as the team’s words were translated from English to Spanish.  When the keys were finished being passed around, a prayer was said, and families received the keys to their new home.  Slowly, they unlocked the front door and entered a new chapter in their family’s journey.

Thanks for reading, but this story isn’t finished because now it is your turn.  We dare YOU to serve!  Whether you decide to serve with YWAM or in your local community, there are people and families who need your gifts and your talents.  YOU can make a difference through service.  You’ve been called, you’ve been dared.  Go, serve, transform. 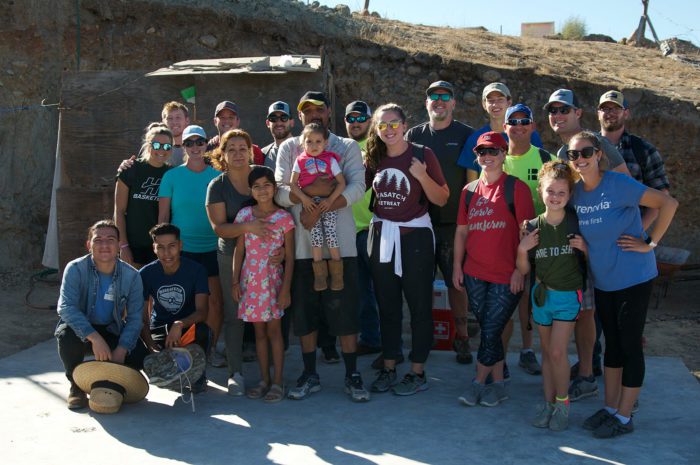 One of our core values at Renovia is to serve first and to be a light in the world. For […] 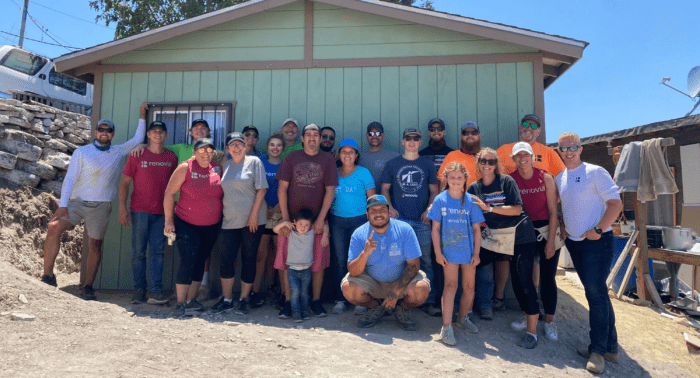 Employees that serve together, stay together

The leadership team at Renovia and its employees have existed to be a light in communities around the world. This […]

Renovia has been serving customers throughout the greater Myrtle Beach area for almost a decade. For the last 8+ years, […]